Excursion to the maritime-terrestrial park of the Cabrera Archipelago 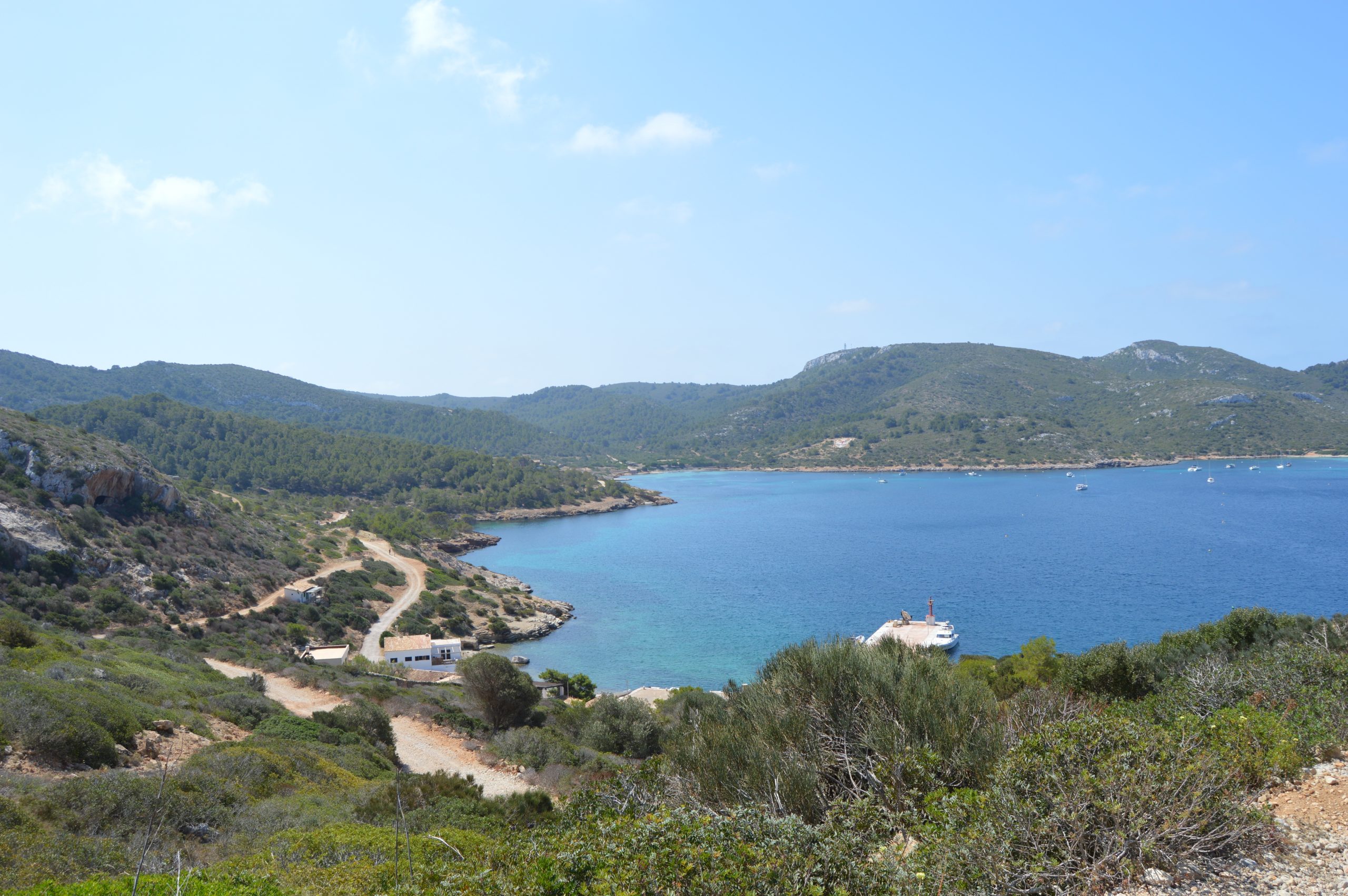 The Cabrera Archipelago is a group of 19 islands and islets, belonging to the Balearic archipelago, which was declared a Maritime Terrestrial National Park on 29 April 1991.

With a semi-arid climate and low rainfall, subjected to the stress of wind and salt, the park has a surface area of 10,021 ha, of which 8,703 are maritime and 1,318 are terrestrial. Its maximum height is 172 metres.
It is of great natural value as it has survived to the present day practically unaltered and the coastal landscape of Cabrera can be considered one of the best preserved on the Spanish coast, and therefore in the whole of the Mediterranean.

Located 10 km from Cap Salines, the southernmost point of the island of Mallorca, the park can be visited, without any further formalities, by embarking on the golondrinas (motor-driven tourist boats) that leave from the port of Colònia de Sant Jordi, which also allow you to take a guided tour of the island of Cabrera. It is advisable to book in advance. As it is a national park, access is limited to a certain number of boats per day. 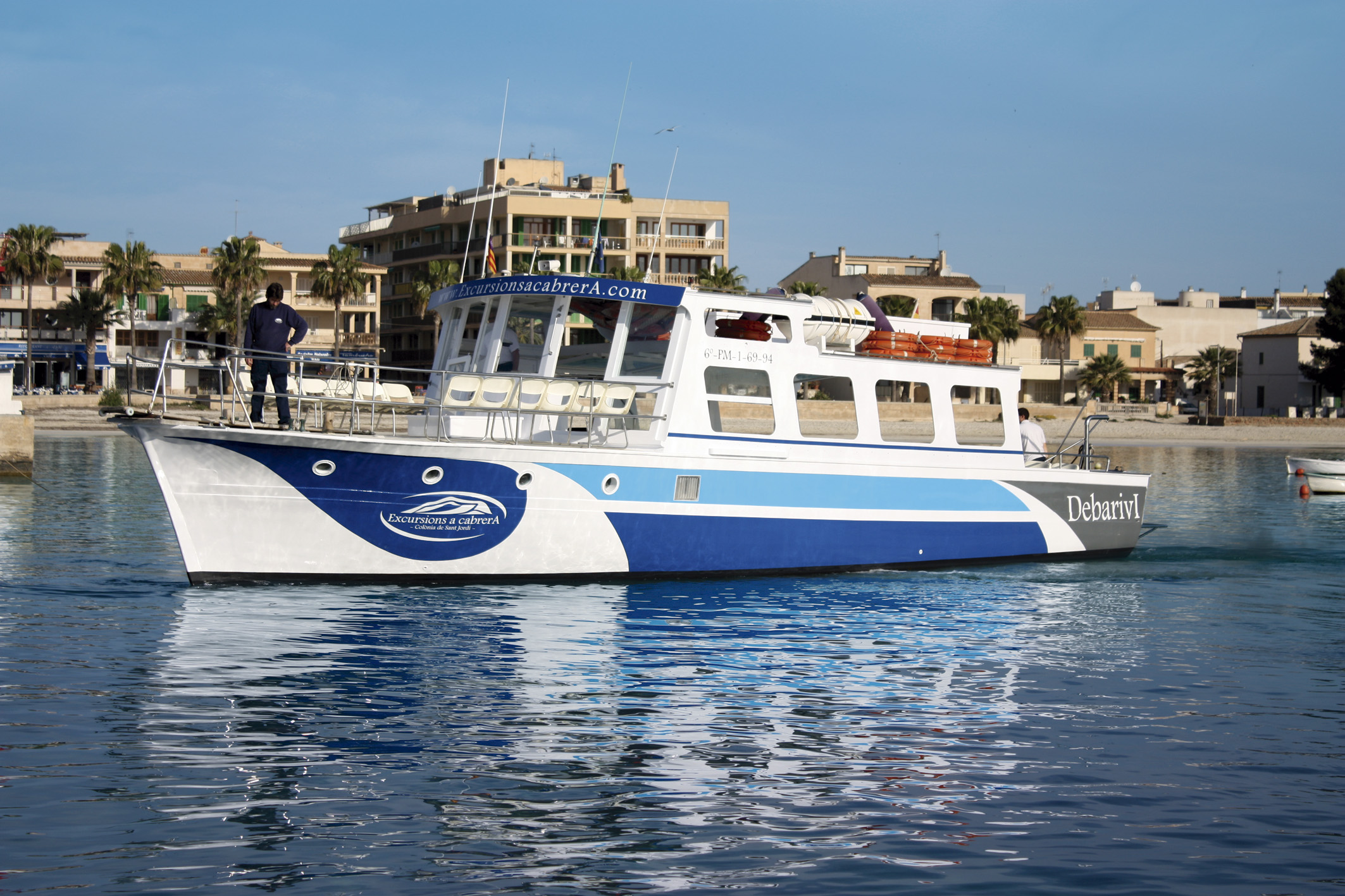 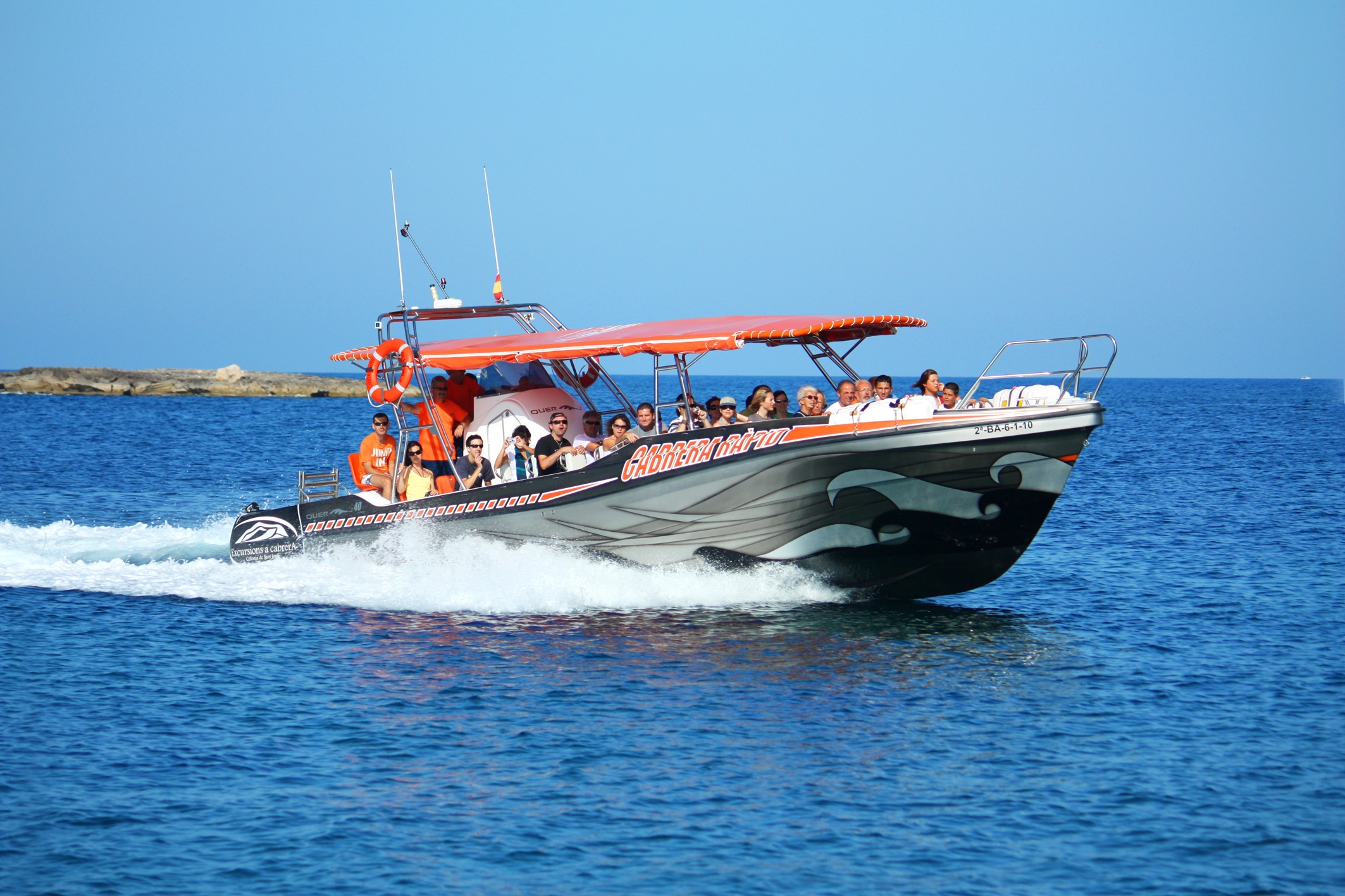 Today, with a fleet of 4 boats with maximum capacities ranging from 35 to 80 people, they offer up to 5 types of excursions, from the Classic (full day excursion), to the Fast (lasting 3 hours) or the innovative Sunset (to enjoy the sunset in Cabrera), to make up the catalogue of their Natural Experience. 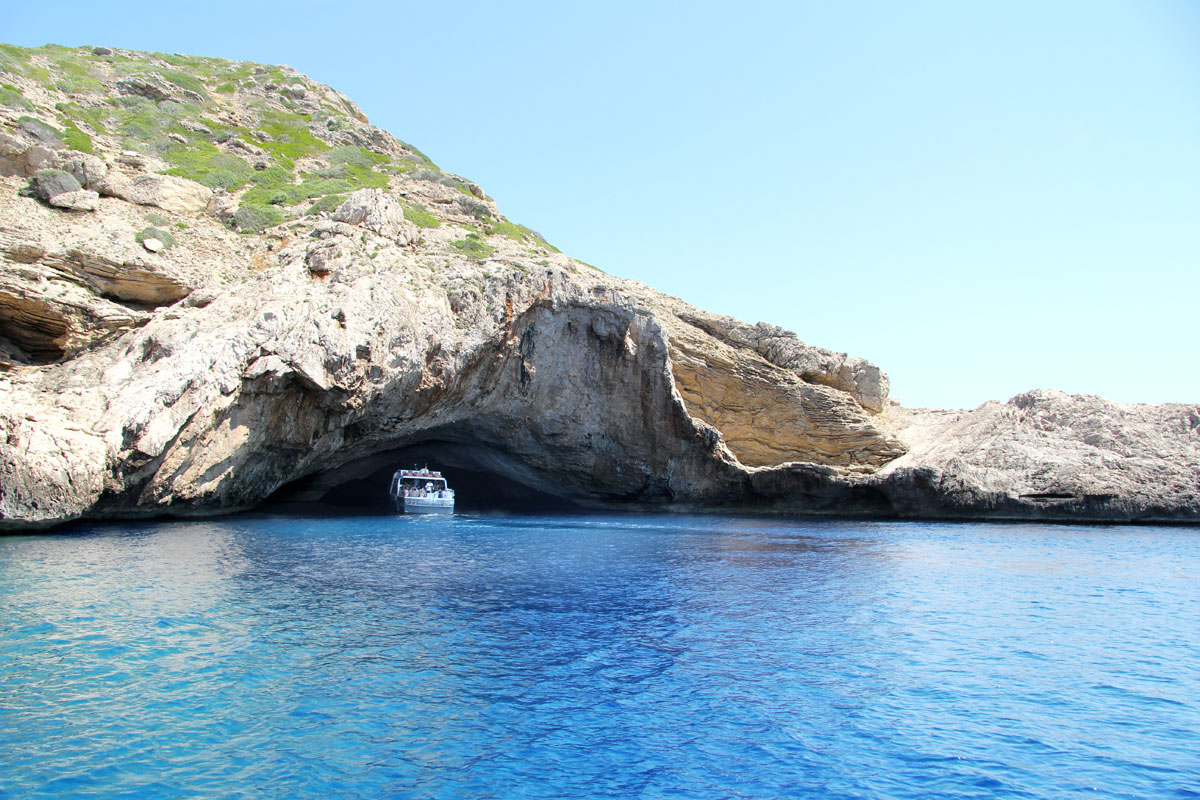 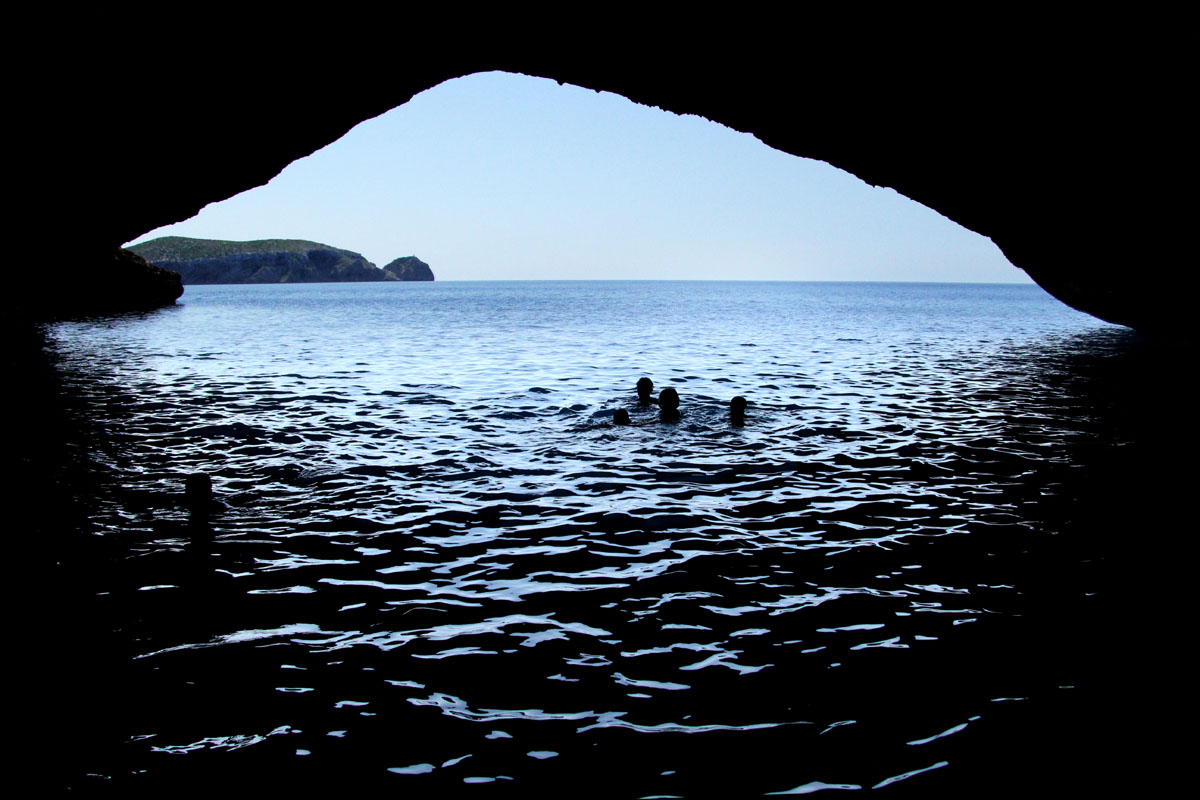 Undoubtedly, one of the attractions of the excursion to the island of Cabrera is the entrance to the Cova Blava (a cave named after the special blue colour reflected in its waters on sunny days), an aspect perfectly interpreted by the company Excursions a Cabrera, as all its boats are perfectly adapted to enter the cave. Moreover, this option is included in all the excursion options. 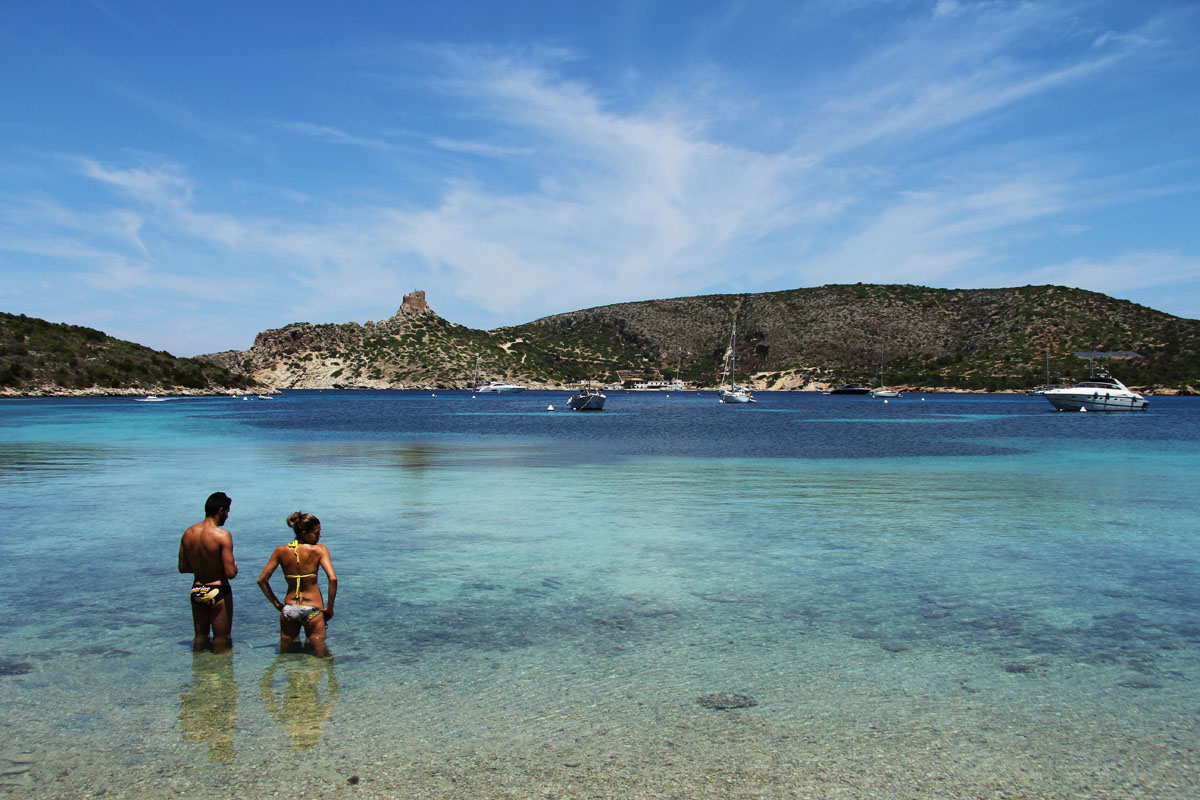 Harbour beach with the castle in the background

The excursion options with the possibility of disembarking on the island of Cabrera include a visit to the Castell, a castle built in the 14th century on a mound at the entrance to the port to prevent the island from being used as a base for Barbary pirates, which offers a spectacular view over the bay. 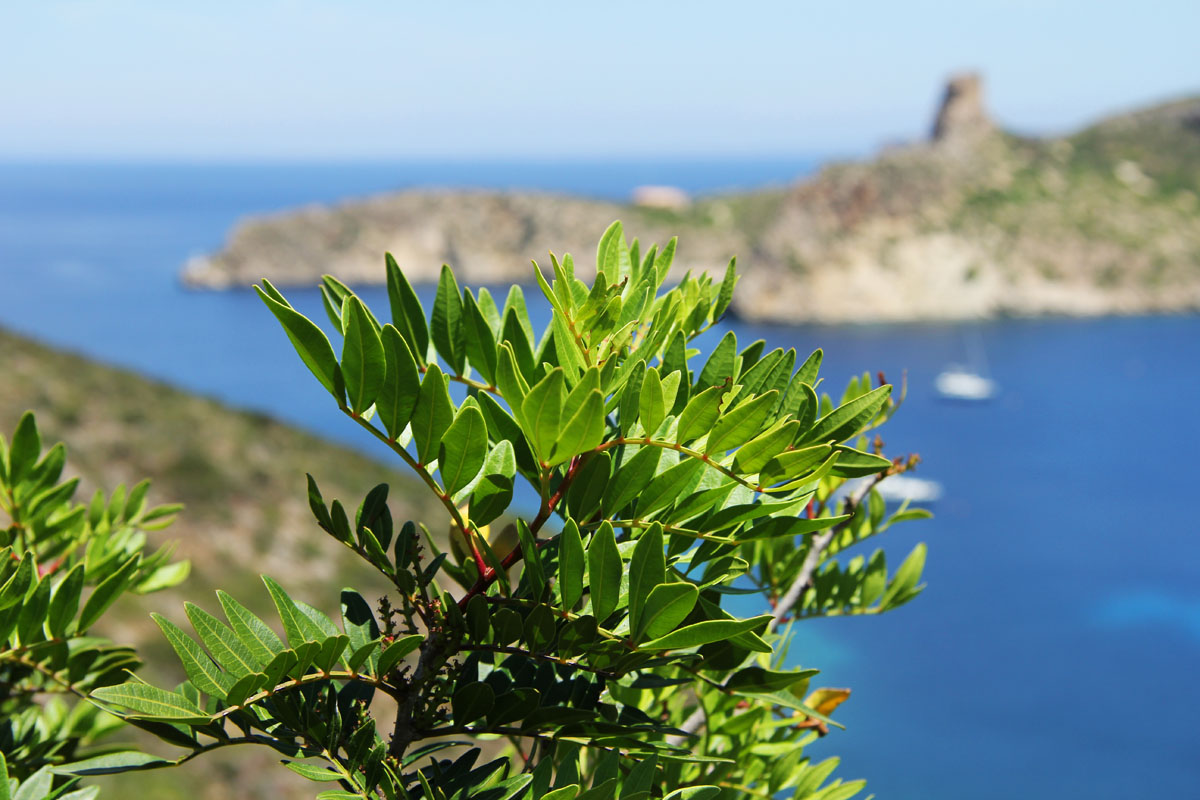 Flora of the island of Cabrera 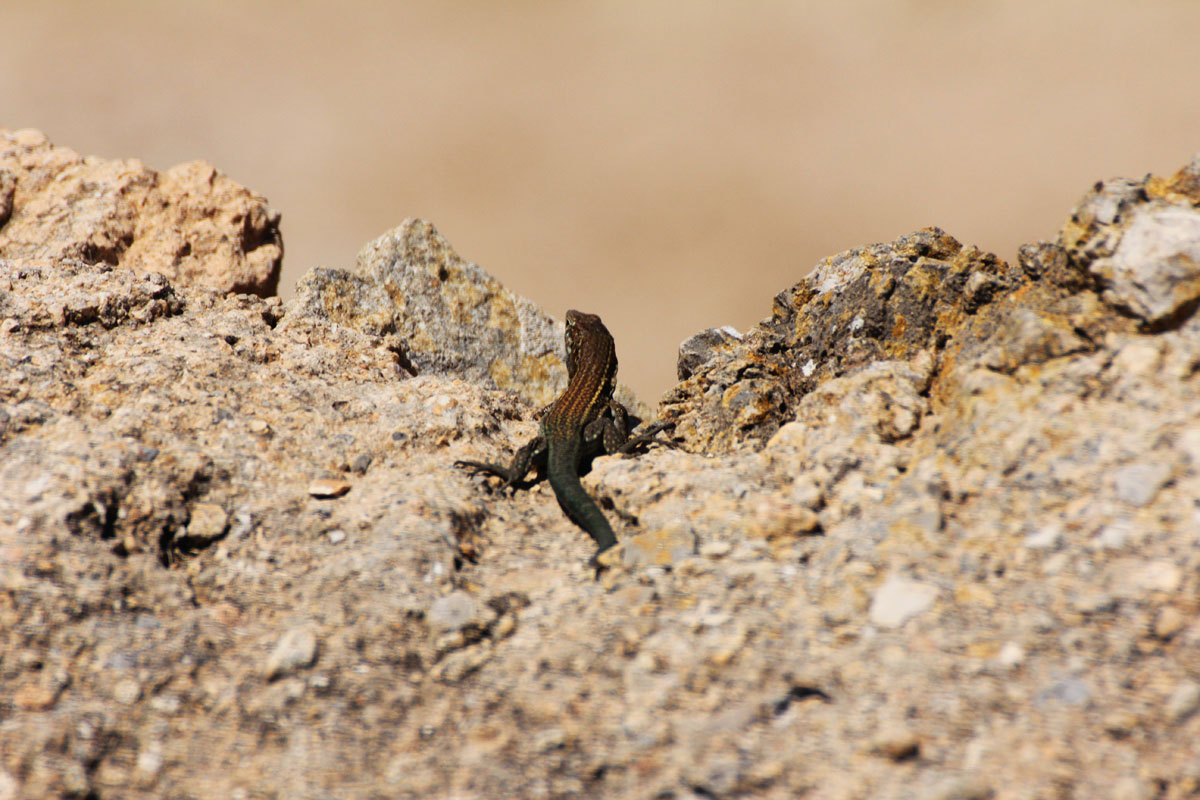 You can also enjoy the island’s own fauna and flora on any of the hiking trails and routes that have been set up on the island. Among the reptiles, the populations of the Balearic lizard (Podarcis lilfordi), known in Mallorca as sargantana, an endemic species of the island, are particularly noteworthy.
And why not enjoy a relaxing swim in the crystal clear waters of the harbour beach, surrounded by fish that are not at all frightening. 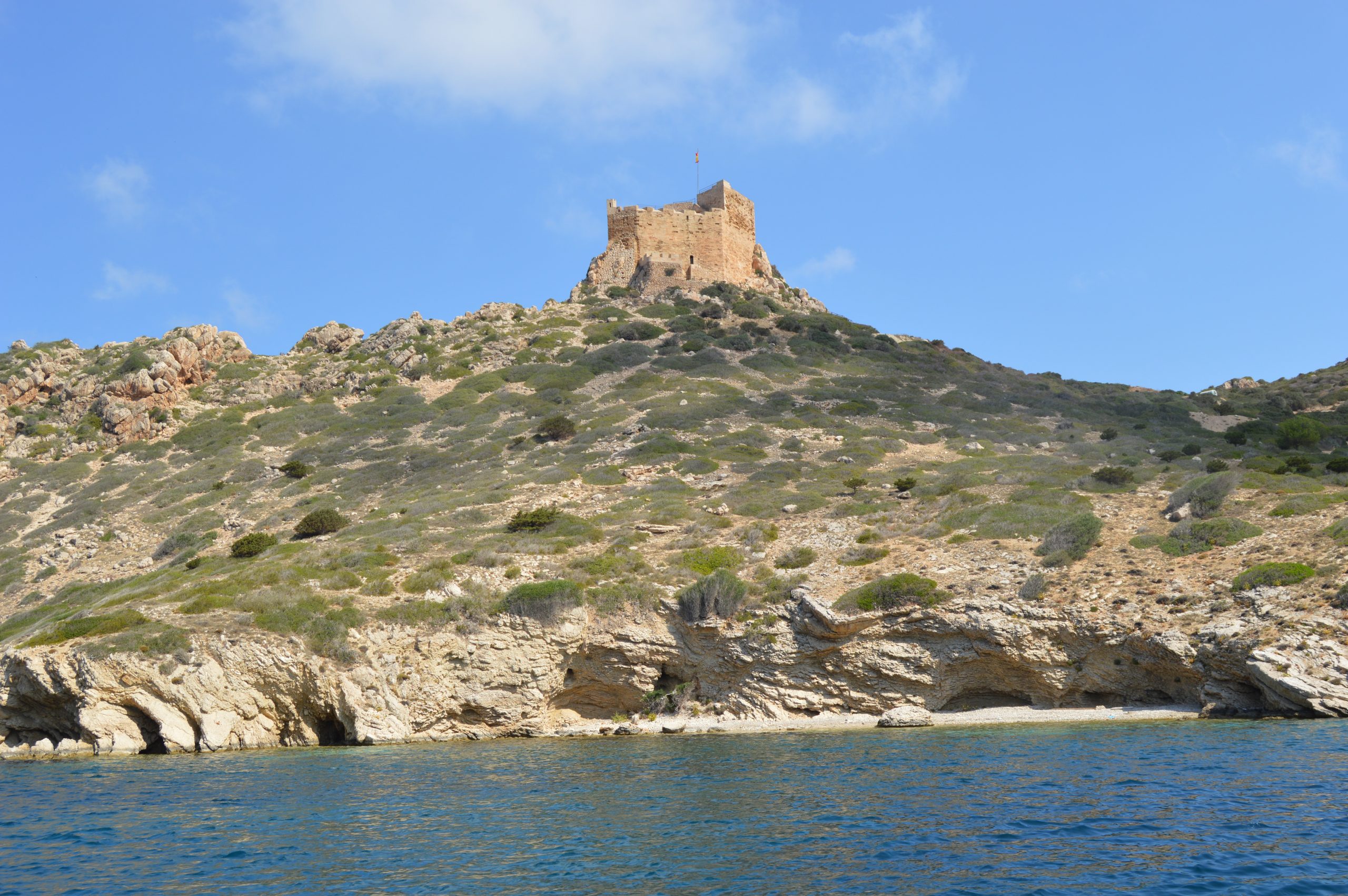 The Premium option of Excursions a Cabrera, a full-day speedboat excursion, also includes a complete tour of the island and allows you to discover the marine fauna that inhabits the rocks and cliffs, such as the yellow-legged gull (Larus michahellis), Audouin’s gull (Larus audouinii), Cory’s shearwater (Calonectris diomedea), the shag (Phalacrocorax aristotelis) and the common storm petrel (Hydrobates pelagicus); also the Balearic shearwater (Puffinus mauretanicus), which is in serious danger of extinction, and points of interest such as the N’Ensiola lighthouse and Es Cap de Llebeig and islets such as L’Imperial and Na Redona.

In short, a highly recommended excursion, especially for those who visit our agritourism, located just 6 km from Colònia de Sant Jordi.

Page load link
We use cookies on our website to give you the most relevant experience by remembering your preferences and repeat visits. By clicking “Accept All”, you consent to the use of ALL the cookies. However, you may visit "Cookie Settings" to provide a controlled consent.
Cookie SettingsAccept All
Manage consent

This website uses cookies to improve your experience while you navigate through the website. Out of these, the cookies that are categorized as necessary are stored on your browser as they are essential for the working of basic functionalities of the website. We also use third-party cookies that help us analyze and understand how you use this website. These cookies will be stored in your browser only with your consent. You also have the option to opt-out of these cookies. But opting out of some of these cookies may affect your browsing experience.
SAVE & ACCEPT
Go to Top