Cycle touring route of the windmills and beaches of Campos (Mallorca)

The restoration of the windmills in Campos, at the beginning of the 21st century, thanks to the project that aimed to renovate and refurbish the “Ramell” windmills (more than 500 throughout the municipality), historically used for the extraction of water, changing their use to be able to produce electricity in a renewable way, allowed in practice to improve the appearance of the landscape and indirectly to create an ideal route for amateur cyclists. The pilot project left ready the restoration of some 30 mills, which, although they do not produce the expected energy in practice, today add a touch of colour to the landscape of the municipality of Campos and form an interesting route for those who want to enjoy the route it offers, especially easy for cycling tourism. 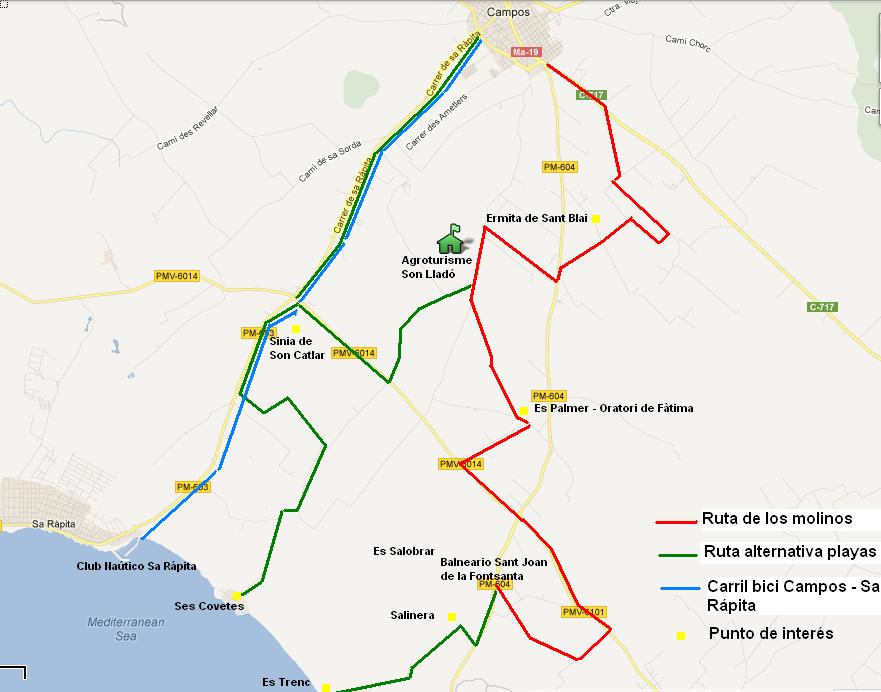 The route is perfectly signposted at its intersections and the number assigned to each of the mills in particular is also detailed.

Orestes Pérez made this interesting video showing part of the route and the mills in operation.

From Agroturisme Son Lladó we also propose alternative and complementary routes that offer unique points of interest to get to know both the heritage and ethnographic values of the municipality of Campos. 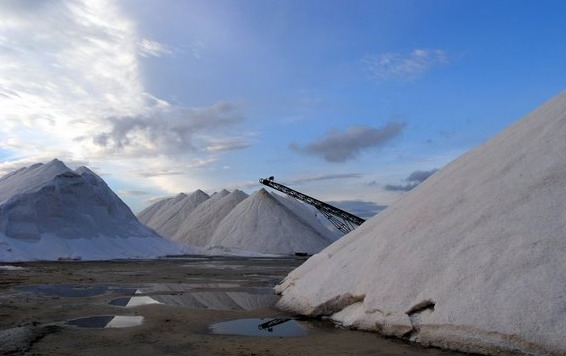 There are three routes that end at access points to the coast and emblematic beaches; along the Sa Ràpita sandy area, crossing the Sa Ràpita Nautical Club (CNR), through Ses Covetes (an old village made up of fishermen’s cottages that have now been converted into holiday homes and one of the main access points to the Ses Covetes-Es Trenc beach) and through Es Trenc – Salobrar de Campos, bordering the Salinera (Salines d’Es Trenc), which also offers guided tours during the summer season.

Another route, on which we can take advantage of the cycle lane, is the one that goes from Campos to Sa Ràpita. Along the route you can see several 13th century defence towers, such as Son Cosmet, Son Lladonet, Son Catlar and Son Durí. 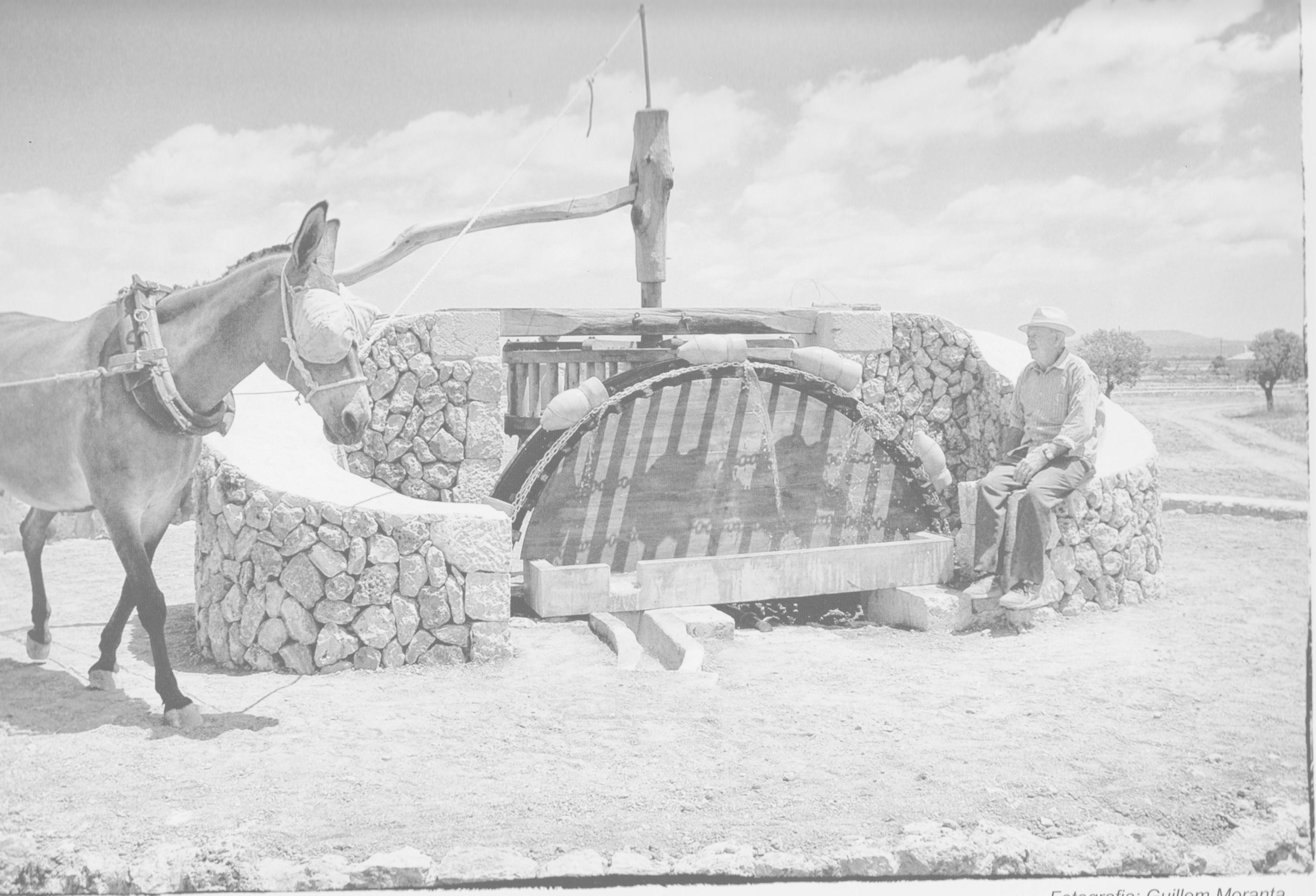 It is also interesting to observe the waterwheel of Son Catlar, which is located next to the Possessió de Son Catlar, one of the few that worked in Campos and which was recently restored.

Another point of interest along the windmill route is the rural church of Sant Blai, which is Gothic in style and dates back to the 13th century. Every year on the feast of Saint Blai, at the beginning of February, a pilgrimage is held from Campos to the chapel, nowadays it is organised by bicycle “a Sant Blai sense fum” (to Sant Blai without smoke).

Page load link
We use cookies on our website to give you the most relevant experience by remembering your preferences and repeat visits. By clicking “Accept All”, you consent to the use of ALL the cookies. However, you may visit "Cookie Settings" to provide a controlled consent.
Cookie SettingsAccept All
Manage consent

This website uses cookies to improve your experience while you navigate through the website. Out of these, the cookies that are categorized as necessary are stored on your browser as they are essential for the working of basic functionalities of the website. We also use third-party cookies that help us analyze and understand how you use this website. These cookies will be stored in your browser only with your consent. You also have the option to opt-out of these cookies. But opting out of some of these cookies may affect your browsing experience.
SAVE & ACCEPT
Go to Top